JOEY NOLFI March 09, 2018 AT 05:29 PM EST
Whitney Houston’s life and legacy will live on in theaters across the country later this year.

Miramax and Roadside Attractions announced Friday they will release the feature-length documentary Whitney, an “intimate, definitive account of the superstar’s life and career” and “the only film officially supported by the late singer’s estate” across the nation on July 6.

“I approached Whitney’s life like a mystery story; why did someone with so much raw talent and beauty self-destruct so publicly and painfully? I was lucky enough to have the support of Pat Houston and the Whitney Houston estate in this quest,” the film’s Oscar-winning director, Kevin Macdonald (One Day in September), said in a statement. “They entrusted me with the ‘keys to the vault’ while giving me complete freedom to follow the story wherever it went. At heart, Whitney is an intimate family story that reveals a new side to a woman that even her most die-hard fans never knew.”

In addition to showcasing her robust discography — which has amassed over 200 million album sales worldwide — the nonfiction film includes unreleased recordings, exclusive never-before-seen footage from Houston’s personal life and live performances from various stages of her career. The filmmakers also had access to the Houston estate’s archives, so the production additionally features intimate home movies showing the pop icon interacting with friends, relatives, and collaborators.

“To tell Whitney’s story, you have to know her story. We could not be more excited that Whitney’s fans will have this authoritative and definitive documentary chronicling the full arc or her career and the scope of Whitney’s entire life,” a statement from Patricia Houston, Whitney’s former manager, sister-in-law, and estate executor, reads. “This is an amazing retrospective that celebrates Whitney with never-before-seen footage and Kevin approaches her life with no blinders on. He captures all of Whitney’s magic, and he does not ignore the hard times. This is a film that will truly thrill all who knew and loved her as a musician, actress, model and so much more.”

After years of struggling with substance abuse, Houston died Feb. 11, 2012 from an accidental drowning in a hotel bathtub. The Los Angeles County Coroner later found that “effects of atherosclerotic heart disease and cocaine use” contributed to her death.

Houston’s life previously inspired the Angela Bassett-directed Lifetime movie Whitney, starring former America’s Next Top Model contestant Yaya DaCosta in the title role, and the television documentary Whitney: Can I Be Me, which premiered on Showtime in 2017. 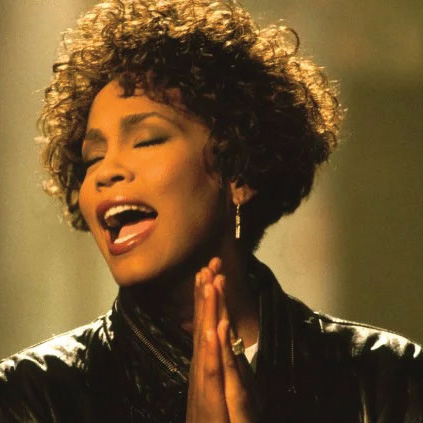