The story of Rita Moreno’s triumphant career is coming to theaters this summer.

Following its world premiere at this year’s Sundance Film Festival, Roadside Attractions has acquired the rights to “Rita Moreno: Just a Girl Who Decided to Go For It.” It will debut in theaters on June 18.

“Stars like Rita are few and far between, her showbiz story and personal remembrances resonate for a large, diverse audience, and the heights she continues to achieve are a true crowd pleasing uplift after the year we’ve all had,” said Roadside Attractions co-presidents Howard Cohen and Eric d’Arbeloff.

On behalf of the filmmakers, Matt Burke and Josh Braun of Submarine Entertainment negotiated the deal with Cohen and Angel An, Roadside Attractions’ senior director of acquisitions. PBS’ “American Masters” still holds a TV license for the documentary and will present the U.S. broadcast premiere after a broad theatrical release.

“Just a Girl Who Decided to Go For It” chronicles Moreno’s decades-long career, from growing up in poverty on a farm in Puerto Rico to becoming an EGOT winner. It unveils the lesser-known struggles she faced on the path to stardom, including sexism and abuse in Hollywood, a toxic relationship with Marlon Brando and a period of depression the year before she won an Oscar.

“Rita is an incredible inspiration to so many, hers is a success story for all women who feel alone as they struggle to assert themselves with courage and bravery against heavy odds,” Pérez Riera said. “We are so thrilled to bring Rita to theaters for audiences to spend time with a woman who, when speaking about herself, speaks to and for a lot of us.” 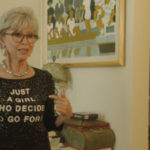