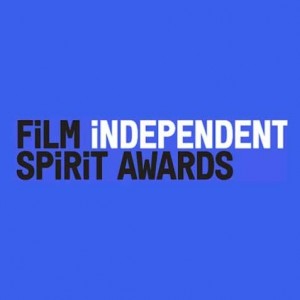 For the second year in a row, the Film Independent Indie Spirit Award nominations were leaked in advance of their announcement. Last year, it was because PR Newswire broke the embargo. This year Film Independent is blaming a technical glitch. Film Independent promised that the same mistake would not happen this year. The nominees were scheduled to be announced at 10AM PST. Why go through the dog-and-pony show of having Star Wars: Force Awakens star John Boyega and Avengers: Age of Ultron star Elizabeth Olsen announce nominees? What a waste of time, for both the presenters and the press corps sitting around at the W Hotel in Hollywood; they got their butts out of bed early for this. The org’s president told reporters this morning that “It was an accident,” that the list was published at 10:30AM EST. Thank God for coffee and danish in the morning. Of the breaking news that did come out of this morning’s press conference: The Indie Spirits show is moving locations this year. They’ll still be in a tent, but they’re moving north of the Santa Monica Pier, versus the southern location where they have been held.

The 31st annual kudo ceremony takes place the day before the Oscars on Feb. 27, live on IFC from 2PM PT/5PM PT. Those nominees eligible generally have budgets that don’t exceed $20M, while others get blocked out because of rules. The latter reason is why we’re not seeing a title like Focus Features’ The Danish Girl in the running here. The Danish Girl was only eligible for best international film as only the producers are Americans, and you have to have two of three elements in the American categories to be considered.  Weinstein Co.’s Carol is leading all noms with a total of six, followed by Beasts of No Nation and Spotlight which have five. Weinstein Co. and Radius combined have 11 noms, the most of any distributor, while A24 rallies with seven noms, the second of any distrib for Room, The End of the Tour, Krisha and Mississippi Grind.

A Pigeon Sat on a Branch Reflecting on Existence
(Sweden)
Director: Roy Andersson

John Cassavetes Award (Best Feature Under $500,000)
Given to the best feature made for under $500,000.  Award given to the writer, director and producer.  Executive Producers are not awarded.
Advantageous
Writer/Director/Producer: Jennifer Phang
Writer/Producer: Jacqueline Kim
Producers: Robert Chang, Ken Jeong, Moon Molson, Theresa Navarro

21st TRUER THAN FICTION AWARD – The 21st annual Truer Than Fiction Award is presented to an emerging director of non-fiction features who has not yet received significant recognition.  The award includes a $25,000 unrestricted grant.

Among the Believers
Directors: Mohammed Ali Naqvi and Hemal Trivedi

A Woman Like Me
Directors: Elizabeth Giamatti and Alex Sichel