The drama is directed by Reinaldo Marcus Green (Monsters and Men) from a script by the Brokeback Mountain duo of Diana Ossana and the late author/scribe Larry McMurtry. It veers from Wahlberg’s wheelhouse. He plays the rough-edged Oregon-based father who pays tribute to his gay teenage son Jadin by embarking on a walk across America to speak his heart to heartland adults and students about the potential terrifying high costs of bullying. The themes of tolerance and listening to your children are timely topics.

“As parents and members of the LGBTQ+ community, we are thrilled that a star of Mark’s magnitude has chosen to share Joe Bell’s message of acceptance with filmgoers,” said Roadside co-presidents Eric d’Arbeloff and Howard Cohen. That distributor is coming off the Renee Zellweger starrer Judy and The Peanut Butter Falcon.

“With movie theaters reopening, we are excited to partner with exhibitors to bring the extraordinary story of Joe Bell and his son Jadin to audiences around the country,” Wahlberg said.

“Joe Bell has always been a labor of love and a story that we feel is necessary and resonant not only first and foremost for the LGBTQ+ community but universally for parents and caretakers at large,” said the film’s producers in a joint statement. “We can think of no better home than Roadside Attractions, shepherded by Eric and Howard’s skillful leadership, to bring Jadin and Joe Bell’s story to theaters.”

The pic will be released as Endeavor Content presents, in association with Argent Pictures and Rhea Films and Hercules Film Fund, A Stay Gold Features/Nine Stories/VisionChaos/Parliament of Owls Production, A Closest to the Hole/Leverage Entertainment Production. 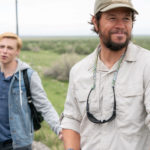