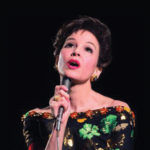 Clang, clang, clang went the box office! The Roadside Attractions and LD Entertainment musical biopic Judy starring Renee Zellweger had an over-the-rainbow debut this weekend to the tune of an estimated $3,091,417. Even more good news — the stellar opening landed Judy in the #7 spot in the top 10 movies for the weekend.

The Rupert Goold-directed film based on the life of the legendary Judy Garland premiered on 461 screens and had an estimated per-screen average of $6,705 in North America. Of those screens, 376 were in the US, and they netted a higher estimate, with a per-screen average of $7,334. We are hearing the film brought in solid numbers in New York, Los Angeles, Chicago, Dallas, San Francisco, DC, Atlanta, Phoenix, Miami and San Diego, making it a strong start for the film.

Roadside Attractions co-founder Howard Cohen told Deadline that you never know how films in the specialty box office space will perform, even if they have strong buzz. Luckily, for Judy, Cohen said, “The signs were incredibly positive.”

The standing ovation at the Toronto International Film Festival gave the film a hefty publicity boost, and the film had packed early screenings in cities like Dallas, San Francisco and St. Louis in the weeks leading up to the release.

“You don’t get these kinds of days that often, so you have to be happy when they come,” said Cohen. “We knew the excitement was building. Theaters started calling from all over the country asking when they were going to get the movie — they don’t do that unless they feel like there’s a buzz. It’s kind of worked all as planned.”

For next week’s release, Cohen admits that they initially had concerns about going up against Joker. Roadside was faced with a similar situation in 2013, when the second week of the release of Mud was up against the premiere of Iron Man 3.

“It’s two different audiences, and the marketplace has the tendency to expand, making more room for indie films,” said Cohen. “As we open in new theaters and those theaters have Joker, the same moviegoer is less likely to see both films. The intersection between the two audiences is small.”

With the Oscar buzz and successful box office debut, Cohen said Roadside is keeping the scope on each of those spaces separate. “The box office story of Judy is going to be written in the next five weeks, even if it keeps playing for 12 weeks — and that is well before the nominations,” he said. “We’re still focused on it being successful, if anything.”

“The plan was if the movie is successful, it will have that more of a chance at awards,” he continued. “When you release a movie in September, you get the opportunity through this period to get everybody to see it, as opposed to releasing something in December — then you’re doing a crazy rush to get everyone to see it. This is a different strategy. It may not be top of mind, maybe, as the movies right before the nominations. But it has the whole fall for people to get the opportunity to see it in a theater with crowds — that’s the best possible way for all the awards voters to see the movie.”

In addition to Judy, there was even more good box office news for Roadside on Sunday morning. The Peanut Butter Falcon brought in an estimated $908,270 this weekend, bringing its estimated cume to $18,128,998. It has surpassed The Farewell to become the #1 indie platform release of 2019. Cohen said, “We really got a shot at $20 million.”