Faith-Based ‘I Can Only Imagine’ Soars With $17.1 Million Launch

Roadside Attractions-Lionsgate’s faith-based “I Can Only Imagine” has crushed early box office forecasts with a surprisingly strong $17.1 million at 1,629 locations in North America.

Recent estimates for “I Can Only Imagine” had been in the $2 million-$8 million range. It rang up the top per-site average by far among this weekend’s wide release movies with $10,476, and it notched an A+ CinemaScore among patrons.

Roadside Attractions co-president Howard Cohen told Variety that the distributor began to get a sense in recent weeks that “I Can Only Imagine” would over-perform, thanks to $1.6 million in pre-sales and 130 million trailer views.

Budgeted at just $7 million, “I Can Only Imagine” tells the story of Bart Millard, the leader of Christian rock group MercyMe, and his conception of “I Can Only Imagine,” the best-selling Christian single of all time. J. Michael Finley stars as Millard with Dennis Quaid as his father in the film from directors Andrew Erwin and Jon Erwin, who helmed 2015’s “Woodlawn” and 2014 “Mom’s Night Out.”

Cohen said “I Can Only Imagine” benefited from grass roots support from churches and groups as well as from from MercyMe, who have been helping promote the film on social media.

“We knew that it was going to do well but we never expected a $17 million opening,” Cohen admitted. “We’re planning to be on well over 2,000 screens next weekend.”

Reviews have been mixed to positive with “I Can Only Imagine” currently holding a 58% rating on Rotten Tomatoes.

The pre-Easter corridor is often used to launch faith-based films. Sony will open “Paul, Apostle of Christ” on March 23, while Pureflix’s threequel “God’s Not Dead: A Light in Darkness” will debut March 30, the start of Easter weekend. The first two “God’s Not Dead” movies grossed a total of $81.5 million. Lionsgate’s “The Shack” was the top faith-themed film of 2017, with $57 million at the domestic box office after its March 3 debut.

“I Can Only Imagine” finished in third place at the domestic box office behind Alicia Vikander’s opening of “Tomb Raider” in the no. 2 slot with $23.5 million from 3,854 sites for Warner Bros.-MGM and Disney-Marvel’s “Black Panther,” which won its fifth consecutive weekend with $27 million from 3,834 locations. Disney’s second weekend of time-travel adventure “A Wrinkle in Time” followed in fourth with $16.6 million at 3,980 locations. 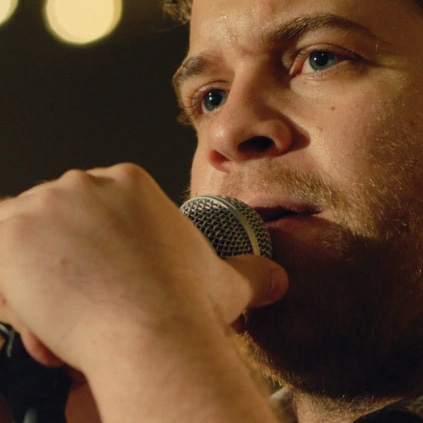