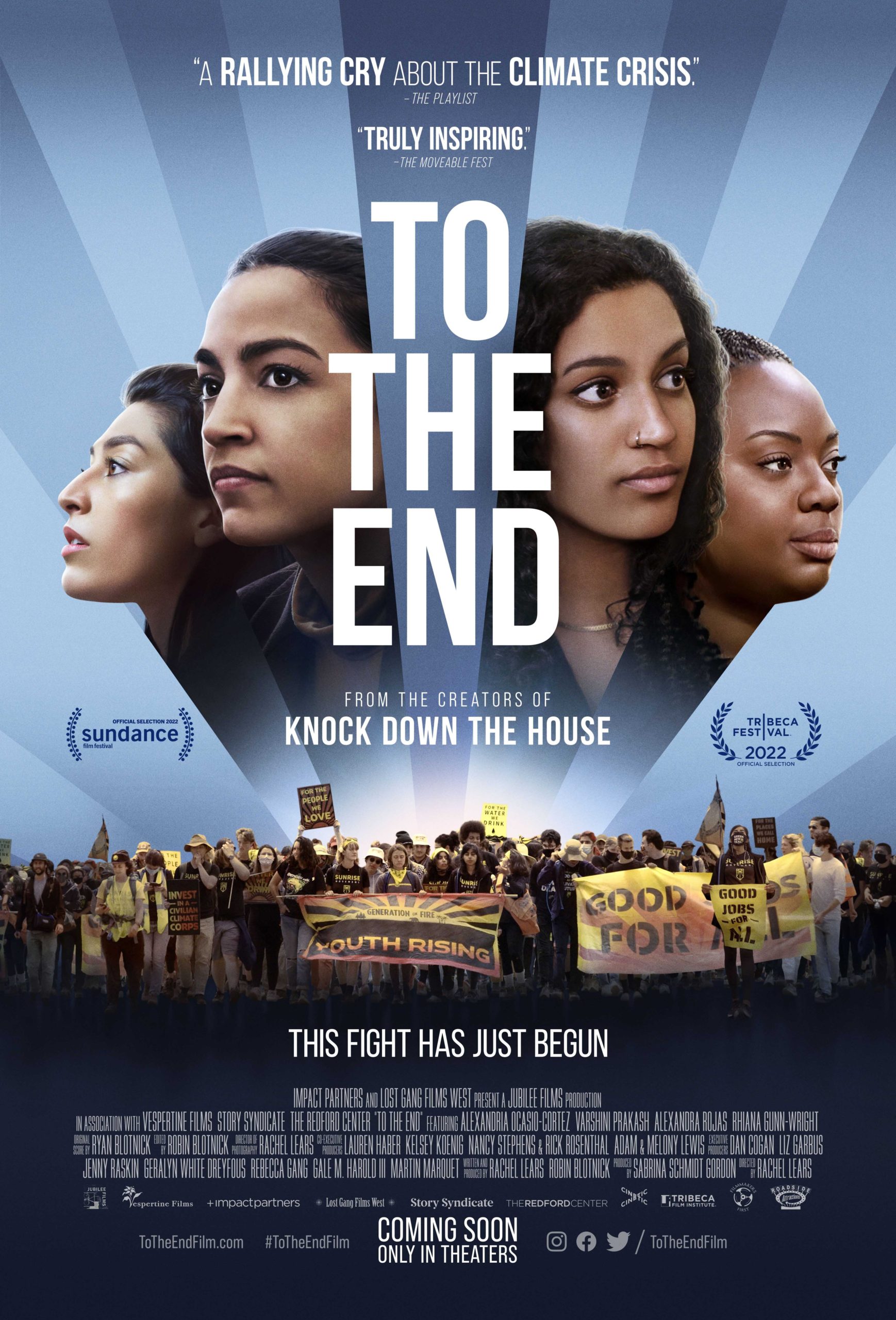 Filmed over four years of hope and crisis, TO THE END captures the emergence of a new generation of leaders and the movement behind the most sweeping climate change legislation in U.S. history. Award-winning director Rachel Lears (Knock Down The House) follows four exceptional young women—Rep. Alexandria Ocasio-Cortez, activist Varshini Prakash, climate policy writer Rhiana Gunn-Wright, and political strategist Alexandra Rojas— as they fight to shift the narrative around climate, revealing the crisis as an opportunity to build a better society.

From street protests to the halls of Congress, and culminating in this summer’s landmark climate bill, TO THE END lifts the veil on the battle for the future of our world, and gives audiences a front seat view of history in the making.