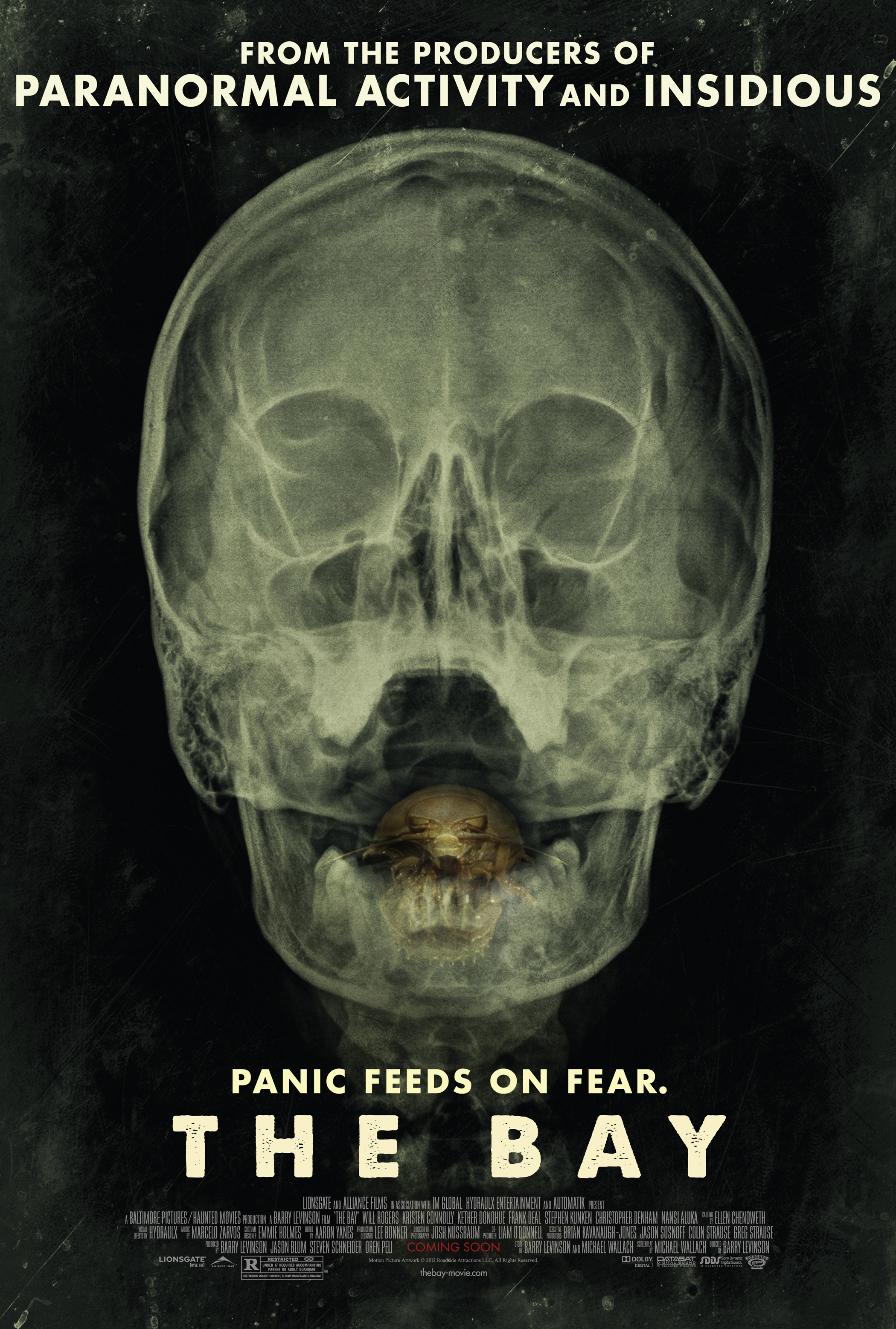 Two million fish washed ashore. One thousand blackbirds dropped from the sky. On July 4, 2009 a deadly menace swept through the quaint seaside town of Claridge, Maryland, but the harrowing story of what happened that Independence Day has never been told – until now.

From Oscar®-winning* director Barry Levinson and the producers of Paranormal Activity and Insidious comes this nerve-shredding tale of a small town plunged into absolute terror. The authorities believed they had buried the truth about the tragedy that claimed over 700 human lives. Now, three years later, a reporter has emerged with footage revealing the cover-up and an unimaginable killer: a mysterious parasitic outbreak.

Told from the perspective of those who were there and saw what happened, The Bay unfolds over 24 hours though people’s iPhones, Androids, 911 calls, web cams, and whatever else could be used to document the nightmare in Claridge.