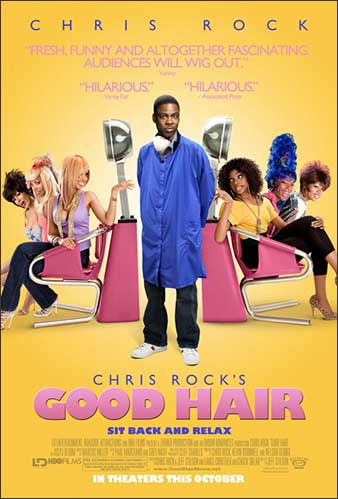 Good Hair is a 2009 American comedy documentary film produced by Chris Rock Productions and HBO Films, starring and narrated by comedian Chris Rock. Premiering at the Sundance Film Festival on January 18, 2009, Good Hair had a limited release to theaters in the United States by Roadside Attractions on October 9, 2009, and opened across the country on October 23.