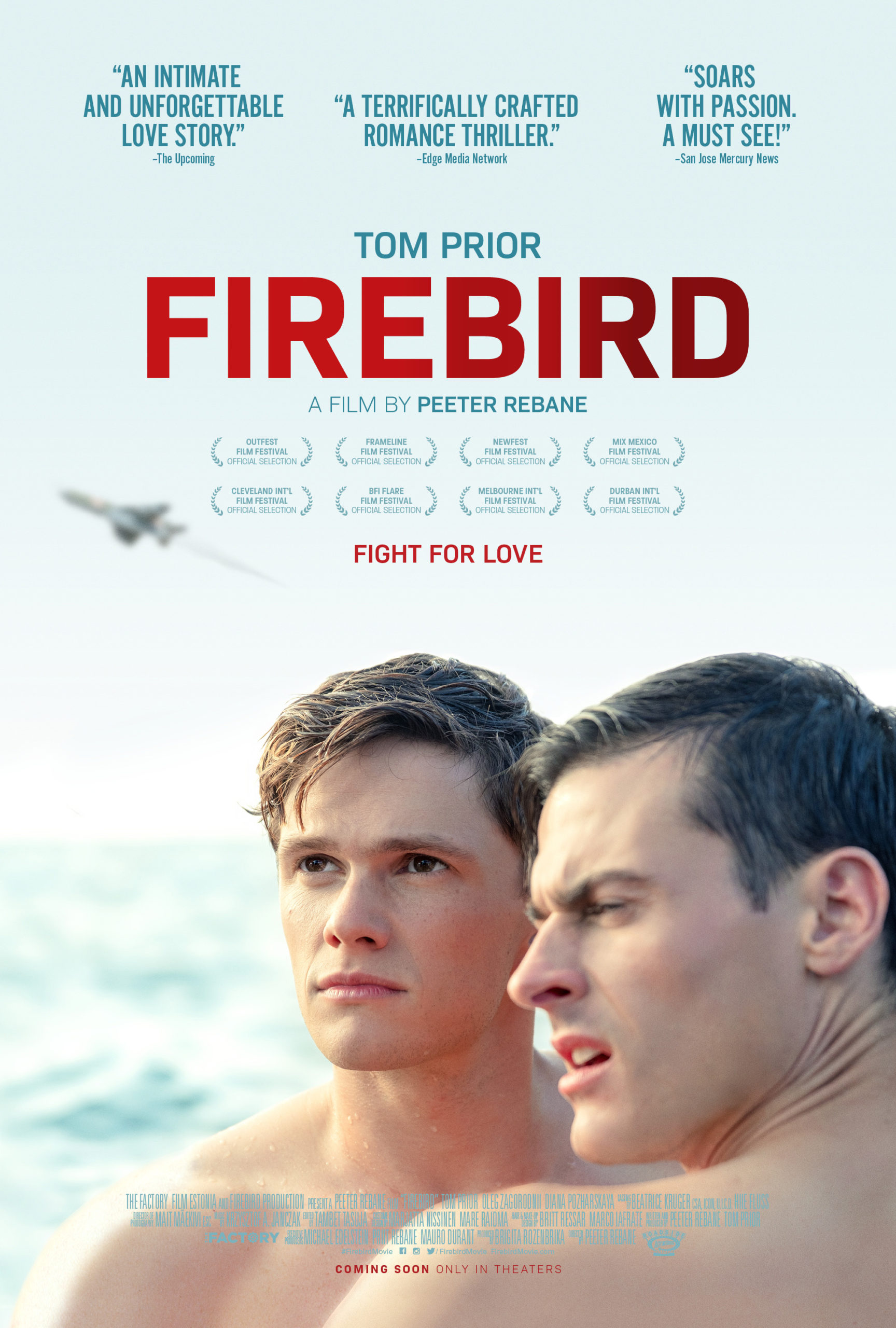 Based on a true story during the Cold War, Firebird is a passionate love story set against the backdrop of an Air Force base in occupied Estonia during late 1970’s Communist rule. Sergey (Tom Prior), a soulful, young soldier who dreams of becoming an actor in Moscow, is counting the days until his military service ends. His life is turned upside down when he locks eyes with Roman (Oleg Zagorodnii), a sexy, enigmatic ace fighter pilot newly assigned to his base. Driven by their undeniable attraction, Sergey and Roman navigate the precarious line between love and friendship at a time when Soviet men in uniform caught having a sexual affair was met with the severest punishment. As their friendship grows into love, the men risk their freedom and their lives to be together in the face of an all-seeing Communist regime.