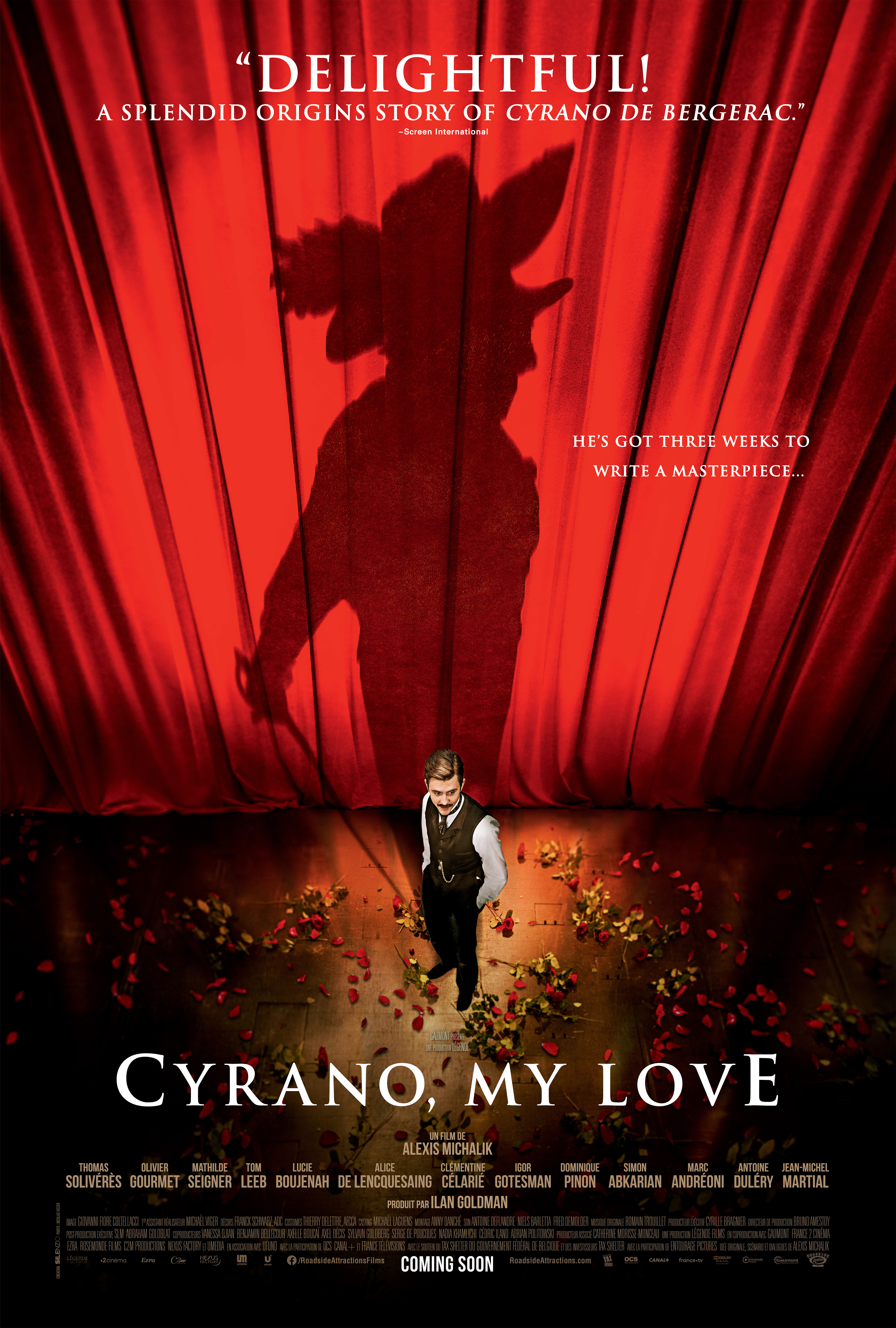 December 1897, Paris. Edmond Rostand is not yet thirty but already has two children and too much anxiety. He has not written anything for two years. In desperation, he offers the great Constant Coquelin a new play, a heroic comedy, in verse, for the holidays. There’s one problem: it is not written yet. Ignoring the whims of actresses, the demands of his producers, the jealousy of his wife, the stories of his best friend’s heart and the lack of enthusiasm of all those around him, Edmond must focus and put to pen to paper. For now, he has only the title: “Cyrano de Bergerac”.